What is ASP.NET MVC?

ASP.net MVC offers an alternative to ASP.net web forms for building web applications. It is a part of the .Net platform for building, deploying and running web apps. You can develop web apps and website with the help of HTML, CSS, jQuery, Javascript, etc.

In this tutorial, you will learn:

Although web forms were very successful, Microsoft thought of developing ASP.net MVC. The main issue with ASP.net webForms is performance.

In a web application, there are four main aspects which define performance:-

ASP.net MVC excels on the above parameters.

Here, are a few useful things which you need to remember for creating MVC application: 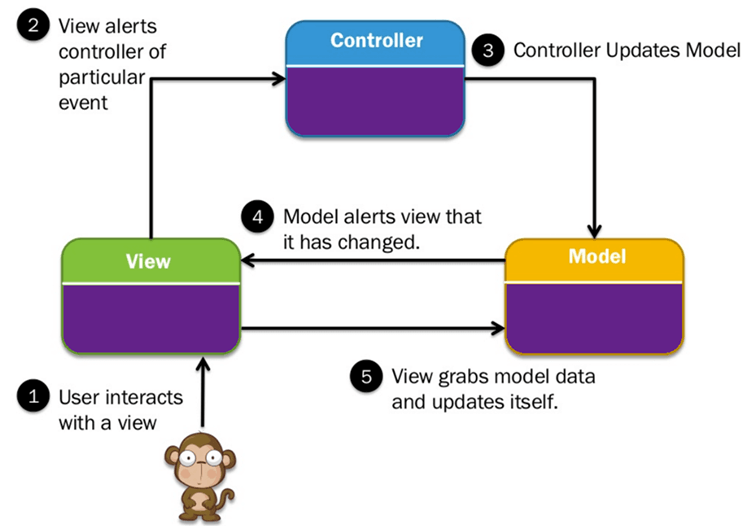 MVC is a software architecture pattern which follows the separation of concerns method. In this model .Net applications are divided into three interconnected parts which are called Model, View, and Controller.

The goal of the MVC pattern is that each of these parts can be developed, tested in relative isolation and also combined to create a very robust application.

Let see all of them in detail:

View are the components which are used to display the application’s user interface (UI). It displays the .Net MVC application’s which is created from the model data.

The common example would be an edit view of an Item table. It displays text boxes, pop-ups and checks boxes based on the current state of products & object.

Controllers handle user interaction, work with the model, and select a view to render that displays Ul. In a .Net MVC app, the view only displays information, the controller manages and responds to user input & interaction.

For example, the controller manages query-string values and passes those values to the model.