For example, if you want to work with employee’s data in a particular application.

All of these operations can be represented as a class in C#. In this chapter, we will look at how we can work with classes and objects in C# in more detail.

What is Class and Object?

As we discussed earlier classes are an encapsulation of data properties and data methods.

To get a better understanding of class and objects, let’s look at an example below of how a class would look like.

The name of the class is “Tutorial”. The class has the following properties

A class also comprises of methods. Our class has the following methods, 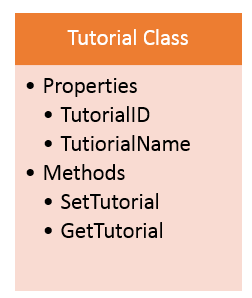 Below is a snapshot of how an object might look like for our Tutorial class. We have 3 objects, each with their own respective TutorialID and TutorialName.

How to Create a Class and Object

Let’s now dive into Visual Studio to create our class. We are going to build upon our existing console application which was created in our earlier chapter. We will create a class in Visual Studio for our current application.

Let’s follow the below-mentioned steps to get this example in place.

Step 1) The first step involves the creation of a new class within our existing application. This is done with the help of Visual Studio. 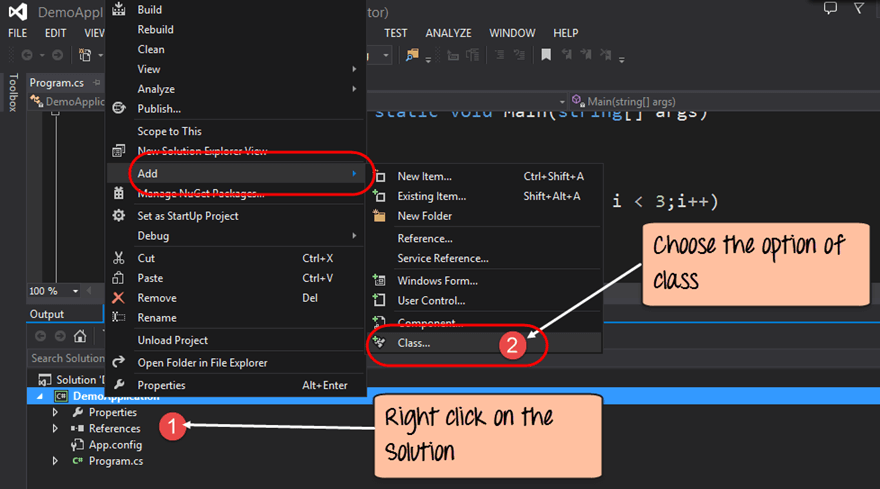 Step 2) The next step is to provide a name for the class and add it to our solution. 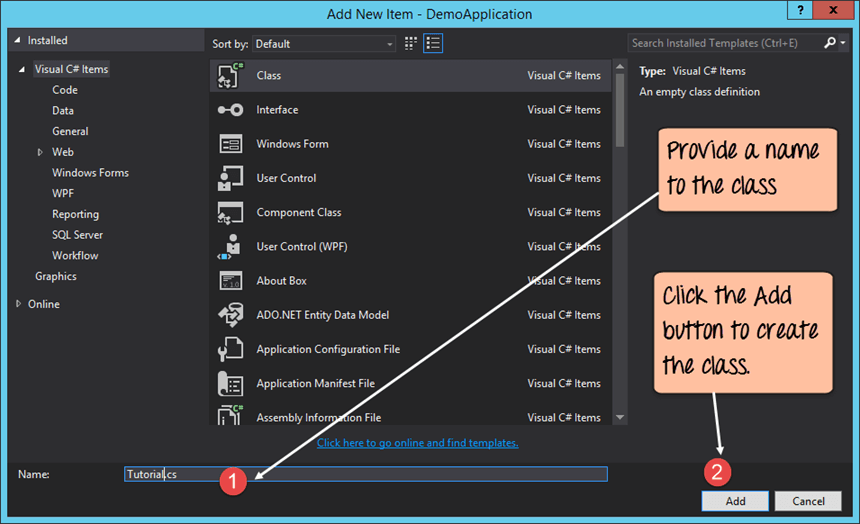 If the above steps are followed, you will get the below output in Visual Studio. 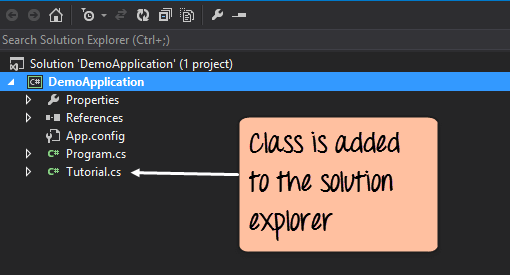 A class named Tutorial.cs will be added to the solution. If you open the file, you will find the below code added to the class file. 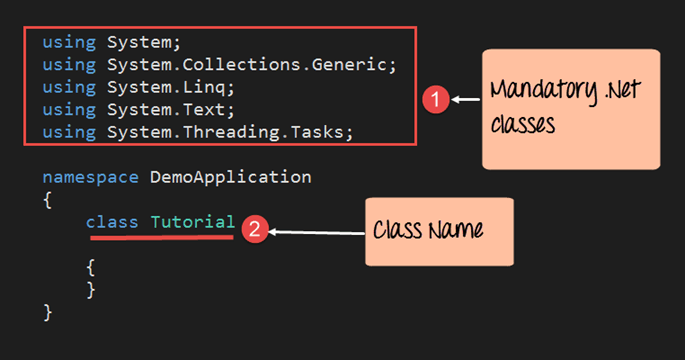 For the moment, our class file does not do anything. In the following topics, we will look into more details on how to work with the class.

We have already seen how fields and methods are defined in classes in the earlier topic.

For our Tutorial class, we can have the following properties.

Our Tutorial class can also have the below-mentioned methods.

Let’s now see how we can incorporate fields and methods in our code.

Step 1) The first step is to ensure the Tutorial class has the right fields and methods defined. In this step, we add the below code to the Tutorial.cs file.

(Note:- An object is an instance of a class at any given time. The difference between a class and an object is that the object contains values for the properties.)

If the above code is entered properly and the program is run the following output will be displayed. 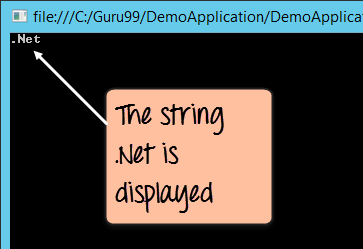 From the output, you can clearly see that the string “.Net” was returned by the GetTutorial method.