A typical software automation Testing requires automation tool like Selenium and QTP. Coded UI is similar to these tools and can be particularly useful for functional tests.

What is Coded UI Test (CUIT)? 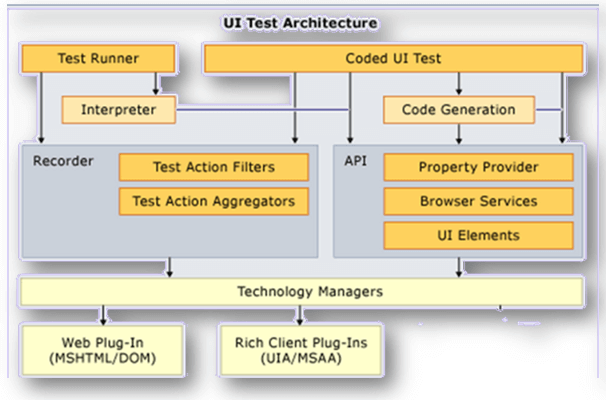 With coded UI, an application which has UI (User Interface) can be easily tested. The application can be either window based or web based.

Why use coded UI for test automation

The reason why coded UI for test automation is preferred

How to create coded UI tests(CUIT)

To create coded UI tests you can do it in following ways.

Contents of a Coded UI Test

When you create a coded UI test, the coded UI test builder creates a Map. This includes UI under test, test methods, parameters, assertions, etc. For each test, it also creates a class file.

How to perform coded UI test

Coded UI has two different ways to conduct a test for your application.

You have to follow the following step to perform coded UI test,

Here are some best practices for a coded UI test,

Comparison of coded UI test Vs. Selenium vs. QTP

Below is the comparison table of coded UI test with other automation tools. 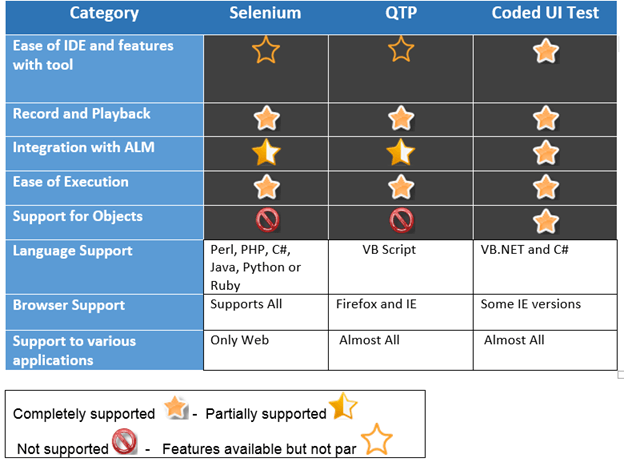