PostgreSQL vs MySQL: What’s the Difference?

PostgreSQL vs MySQL: What's the Difference?

MYSQL is a popular and widely used DBMS system. The name is taken from the girl name My who is the daughter of the co-founder Michael Widenius. The source code of MYSQL is available under the GNU GPL. The project is owned and maintained by Oracle Corporation.

It is an RDBMS (Relational Database Management System) and works primarily on the relational database model. It makes database administration easier and more flexible.

Postgre is an object-relational database management system (ORDBMS). It was developed at the Computer Science Department in the University of California. Postgres pioneered many concepts.

Postgre is an Enterprise-class relational database system. It is easy to setup and installs. It offers support for SQL and NoSQL. It has a great community which happy to serve you when you are facing issues while using PostgreSQL.

In this tutorial you will learn more about –

Here, are some important reasons for using MYSQL:

Main reasons for using PostgreSQL are: 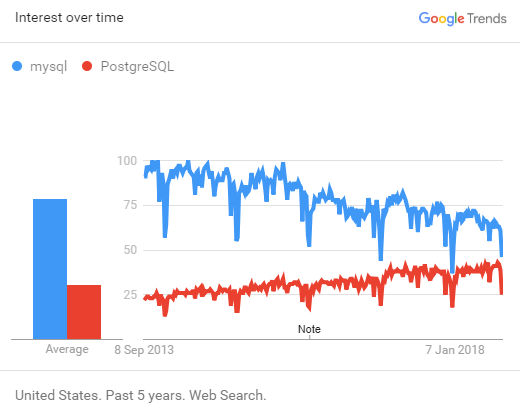 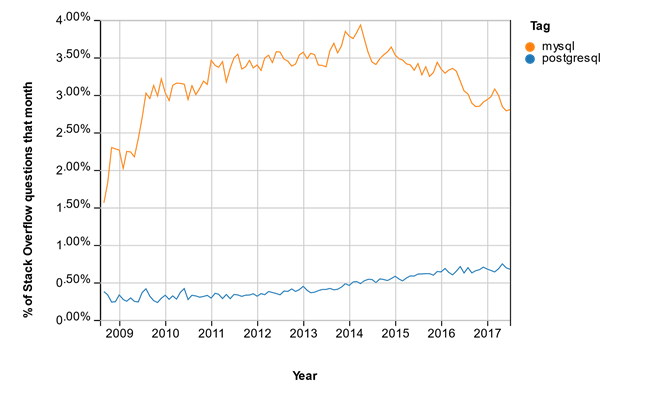 Differences Between MySQL and PostgreSQL

After comparing both we can say that MySQL has done a great job of improving itself to keep relevant, but on the other side for PostgreSQL, you don’t need any licensing. It also offers table inheritance, rules systems, custom data types, and database events. So, it certainly edges above MySQL.