SQLite supports different types of SQL Joins, like INNER JOIN, LEFT OUTER JOIN, and CROSS JOIN. Each type of JOIN is used for a different situation as we will see in this tutorial.

With the JOIN clause, you can link two or more tables or subqueries by joining them. Also, you can define by which column you need to link the tables and by which conditions.

Any JOIN clause must have the following syntax:

Note that, for all the following examples, you have to run the sqlite3.exe and open a connection to the sample database as flowing:

Step 2) Open the database “TutorialsSampleDB.db” by the following command:

Now you are ready to run any type of query on the database.

In the following example, we will join the two tables “Students” and “Departments” with DepartmentId to get the department name for each student, as follows:

The INNER JOIN works as following:

You can use “JOIN .. USING” whenever the columns you will compare in the join condition are the same name. In such cases, there is no need to repeat them using the on condition and just state the column names and SQLite will detect that.

The Difference between the INNER JOIN and JOIN .. USING:

With “JOIN … USING” you don’t write a join condition, you just write the join column which is in common between the two joined table, instead of writing table1 “INNER JOIN table2 ON table1.cola = table2.cola” we write it like “table1 JOIN table2 USING(cola)”.

In the following example, we will join the two tables “Students” and “Departments” with DepartmentId to get the department name for each student, as follows: 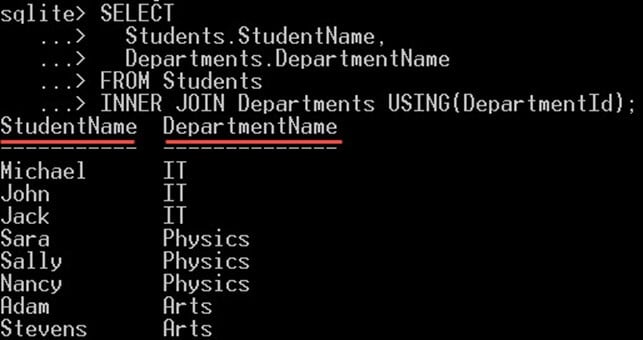 A NATURAL JOIN is similar to a JOIN…USING, the difference is that it automatically tests for equality between the values of every column that exists in both tables.

The difference between INNER JOIN and a NATURAL JOIN: 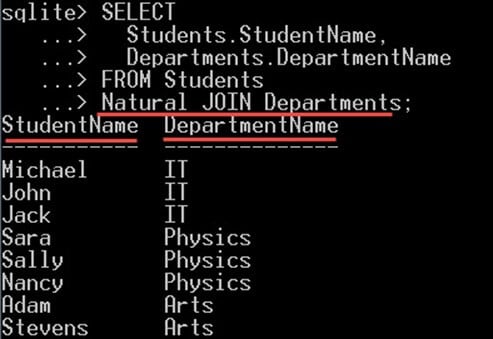 So if the left table has ‘n’ rows, the results of the query will have ‘n’ rows. However, for the values of the columns coming from the right table, if any value that doesn’t match the join condition it will contain a “null” value.

In the following example, we will try the “LEFT JOIN” to join the two tables “Students” and “Departments”: 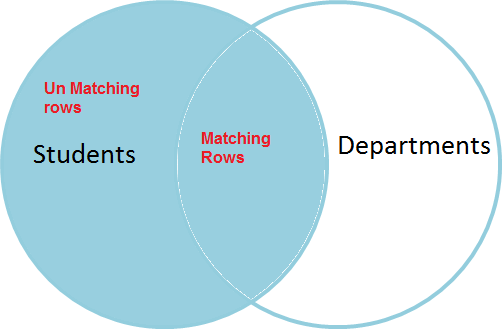 So, for every value in the first table, you will get ‘n’ matches from the second table where n is the number of second table rows.

Unlike INNER JOIN and LEFT OUTER JOIN, with CROSS JOIN, you don’t need to specify a join condition, because SQLite doesn’t need it for the CROSS JOIN.

Then the result of the CROSS JOIN will be four rows:

In the following query we will try CROSS JOIN between the Students and Departments tables: 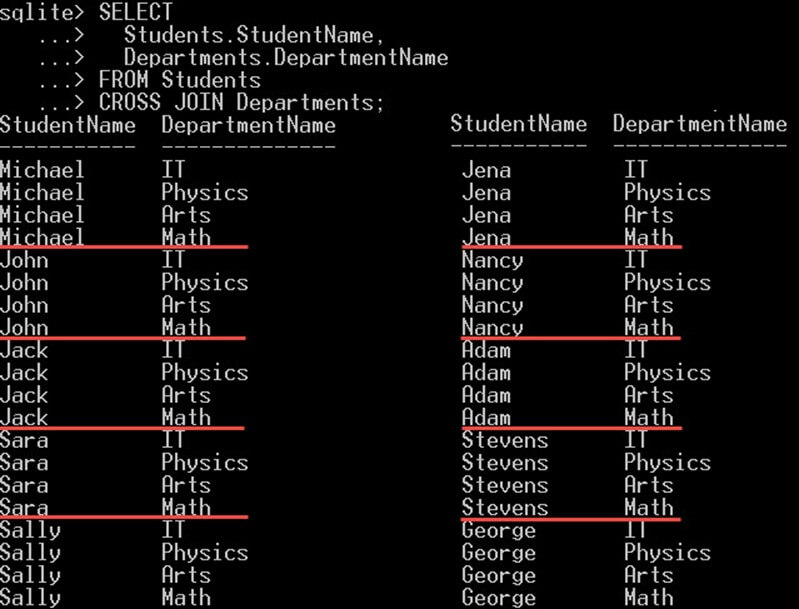 Using SQLite JOINs, you can link one or more table or subquery together to select columns from both of the tables or subqueries.