[vc_row][vc_column][vc_column_text]1. What are the two authentication modes in SQL Server?

There are two authentication modes –

Modes can be changed by selecting the tools menu of SQL Server configuration properties and choose security page.

2. What Is SQL Profiler?

SQL Profiler is a tool which allows system administrator to monitor events in the SQL server. This is mainly used to capture and save data about each event of a file or a table for analysis.

3. What is recursive stored procedure?

4. What are the differences between local and global temporary tables?

5. What is CHECK constraint?

A CHECK constraint can be applied to a column in a table to limit the values that can be placed in a column. Check constraint is to enforce integrity. 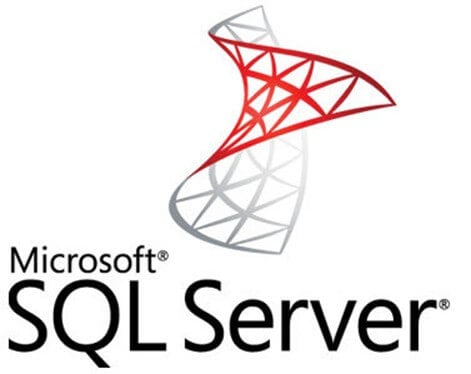 6. Can SQL servers linked to other servers?

7. What is sub query and its properties?

A sub-query is a query which can be nested inside a main query like Select, Update, Insert or Delete statements. This can be used when expression is allowed. Properties of sub query can be defined as

8. What are the types of sub query?

There are three types of sub query –

9. What is SQL server agent?

The SQL Server agent plays a vital role in day to day tasks of SQL server administrator(DBA). Server agent’s purpose is to implement the tasks easily with the scheduler engine which allows our jobs to run at scheduled date and time.

10. What are scheduled tasks in SQL Server?

Scheduled tasks or jobs are used to automate processes that can be run on a scheduled time at a regular interval. This scheduling of tasks helps to reduce human intervention during night time and feed can be done at a particular time. User can also order the tasks in which it has to be generated.

11. What is COALESCE in SQL Server?

12. How exceptions can be handled in SQL Server Programming?

Exceptions are handled using TRY—-CATCH constructs and it is handles by writing scripts inside the TRY block and error handling in the CATCH block.

13. What is the purpose of FLOOR function?

FLOOR function is used to round up a non-integer value to the previous least integer. Example is given

14. Can we check locks in database? If so, how can we do this lock check?

Yes, we can check locks in the database. It can be achieved by using in-built stored procedure called sp_lock.

SIGN function is used to determine whether the number specified is Positive, Negative and Zero. This will return +1,-1 or 0.

17. What are the types of Triggers?

There are four types of triggers and they are:

18. What is an IDENTITY column in insert statements?

IDENTITY column is used in table columns to make that column as Auto incremental number or a surrogate key.

20. What will be query used to get the list of triggers in a database?

Query to get the list of triggers in database-

21. What is the difference between UNION and UNION ALL?

22. How Global temporary tables are represented and its scope?

23. What are the differences between Stored Procedure and the dynamic SQL?

Collation is defined to specify the sort order in a table. There are three types of sort order –

25. How can we get count of the number of records in a table?

26. What is the command used to get the version of SQL Server?

is used to get the version of SQL Server.

UPDATE_STATISTICS command is used to update the indexes on the tables when there is a large amount of deletions or modifications or bulk copy occurred in indexes.

28. What is the use of SET NOCOUNT ON/OFF statement?

By default, NOCOUNT is set to OFF and it returns number of records got affected whenever the command is getting executed. If the user doesn’t want to display the number of records affected, it can be explicitly set to ON- (SET NOCOUNT ON).

29. Which SQL server table is used to hold the stored procedure scripts?

30. What are Magic Tables in SQL Server?

31. What is the difference between SUBSTR and CHARINDEX in the SQL Server?

The SUBSTR function is used to return specific portion of string in a given string. But, CHARINDEX function gives character position in a given specified string.

You can use the following command to create a login

ISNULL function is used to check whether value given is NULL or not NULL in sql server. This function also provides to replace a value with the NULL.

35. What will be the maximum number of index per table?

For SQL Server 2008 100 Index can be used as maximum number per table. 1 Clustered Index and 999 Non-clustered indexes per table can be used in SQL Server.

1000 Index can be used as maximum number per table. 1 Clustered Index and 999 Non-clustered indexes per table can be used in SQL Server.

1 Clustered Index and 999 Non-clustered indexes per table can be used in SQL Server.

36. What is the difference between COMMIT and ROLLBACK?

37. What is the difference between varchar and nvarchar types?

Varchar and nvarchar are same but the only difference is that nvarhcar can be used to store Unicode characters for multiple languages and it also takes more space when compared with varchar.

A @@SPID returns the session ID of the current user process.

39. What is the command used to Recompile the stored procedure at run time?

Stored Procedure can be executed with the help of keyword called RECOMPILE.

Or we can include WITHRECOMPILE in the stored procedure itself.

40. How to delete duplicate rows in SQL Server?

41. Where are SQL Server user names and passwords stored in SQL Server?

42. What is the difference between GETDATE and SYSDATETIME?

Both are same but GETDATE can give time till milliseconds and SYSDATETIME can give precision till nanoseconds. SYSDATE TIME is more accurate than GETDATE.

43. How data can be copied from one table to another table?

This command is used to insert data into a table which is already created.

This command is used to create a new table and its structure and data can be copied from existing table.

TABLESAMPLE is used to extract sample of rows randomly that are all necessary for the application. The sample rows taken are based on the percentage of rows.

45. Which command is used for user defined error messages?

RAISEERROR is the command used to generate and initiates error processing for a given session. Those user defined messages are stored in sys.messages table.

XML data type is used to store XML documents in the SQL Server database. Columns and variables are created and store XML instances in the database.

CDC is abbreviated as Change Data Capture which is used to capture the data that has been changed recently. This feature is present in SQL Server 2008.

SQL injection is an attack by malicious users in which malicious code can be inserted into strings that can be passed to an instance of SQL server for parsing and execution. All statements have to checked for vulnerabilities as it executes all syntactically valid queries that it receives.

Even parameters can be manipulated by the skilled and experienced attackers.

49. What are the methods used to protect against SQL injection attack?

Following are the methods used to protect against SQL injection attack:

50. What is Filtered Index?

Filtered Index is used to filter some portion of rows in a table to improve query performance, index maintenance and reduces index storage costs. When the index is created with WHERE clause, then it is called Filtered Index