Typescript vs JavaScript: What’s the Difference?

JavaScript is a scripting language which helps you create interactive web pages. It followed rules of client-side programming, so it runs in the user’s web browser without the need of any resources forms the web server. You can also use Javascript with other technologies like REST APIs, XML, and more.

The idea behind developing this script is to make it a complementary scripting language like Visual Basic was to C++ in Microsoft’s language families. However, JavaScript is not designed for large complex applications. It was developed for applications with a few hundred lines of code!

Typescript is a modern age Javascript development language. It is a statically compiled language to write clear and simple Javascript code. It can be run on Node js or any browser which supports ECMAScript 3 or newer versions. 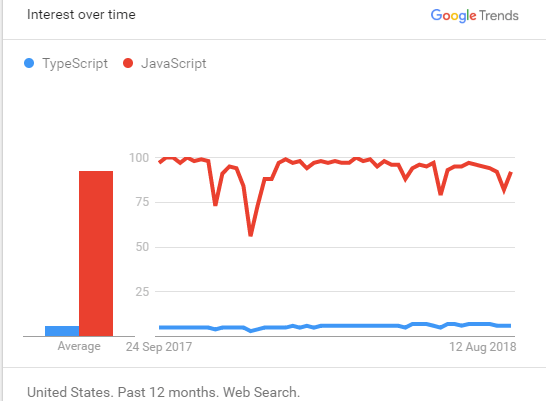 Netscape Communications Corporation programmer Brendan Eich created Javascript. It was meant to working Netscape navigator. However, after becoming a popular scripting tool, it is had become LiveScript. Later on, it was renamed as JavaScript to reflect Netscape’s support of Java within its browser.

Let see an important landmark in the history of Javascript:

Let see important landmarks from the History of Typescript:

In the end, we can say that if an experienced developer is working on relatively small coding projects, then JavaScript is ideal. However, if you have knowledge and expertise development team, then Typescript is a most preferred option.

Glad to have you at Our Website
Welcome to WPBot