Unix Vs. Linux: What’s the Difference?

It began as a one-man project under the leadership of Ken Thompson of Bell Labs. It went on to become most widely used operating systems. Unix is a proprietary operating system.

The Unix OS works on CLI (Command Line Interface), but recently, there have been developments for GUI on Unix systems. Unix is an OS which is popular in companies, universities big enterprises, etc.

Linux is an operating system built by Linus Torvalds at the University of Helsinki in 1991. The name “Linux” comes from the Linux kernel. It is the software on a computer which enables applications and the users to access the devices on the computer to perform some specific function.

The Linux OS relays instructions from an application from the computer’s processor and sends the results back to the application via the Linux OS. It can be installed on a different type of computers mobile phones, tablets video game consoles, etc.

The development of Linux is one of the most prominent examples of free and open source software collaboration. Today many companies and similar numbers of individuals have released their own version of OS based on the Linux Kernel.

Difference between Unix and Linux 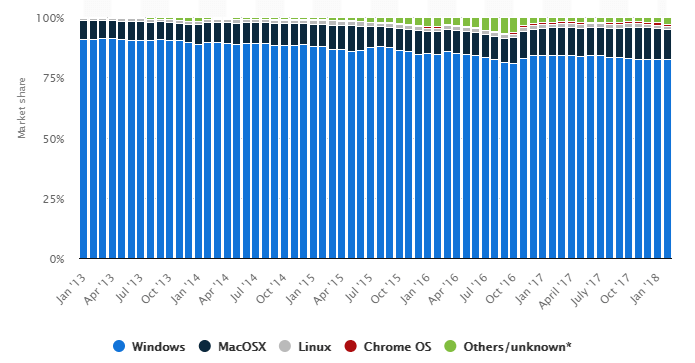